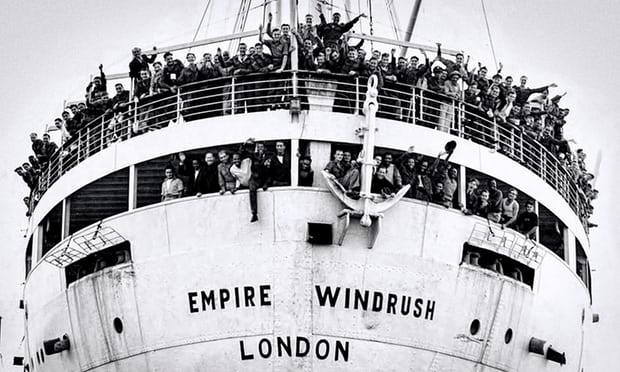 In late June of this year, the nation set aside a day to commemorate and recognise the contributions to
Britain of the Windrush generation and the arrival of HMT MV Empire Windrush, 70 years ago. On
June 22nd, Westminster Abbey was filled with over 2000 people, some folk who had arrived in the 50s
and 60s and early 70s with their blue British Caribbean passports together with their families, friends,
church communities and members of the armed forces in recognition that many commonwealth citizens
had also fought in both world wars.

The service was led by the Dean of Westminster and attended by the Archbishop of Canterbury, senior
ecumenical clergy from a number of denominations as well as political elite including the Prime
Minister, the Home Secretary, the Mayor of London and a large number of members of parliament and
Caribbean High Commissioners. That in itself was a tribute and acknowledgement of the contribution of
the Windrushers to this country and to the body of faith.

The service had been preceded by months of scandal as it was revealed by newspapers and personal
testimony that many of those “beloved Windrushers” had received abominable treatment by the state,
and that quite a number had had their residency questioned and citizenship denied and some deported or
refused re-entry into Britain, as part of the hostile environment that had been enforced towards migrants
and those applying for citizenship. The creation of this hostile environment has proven to be shockingly
inhumane. It has taken the action of high commissioners especially the high Commissioner for
Barbadis, the Guardian Newspaper, and local councillors, some members of parliament and charities
and third sector organisations to put maximum pressure upon the government to change their stance. It
was only after the “guerrilla diplomacy” employed by the High Commissioners and their partners, to
disrupt the smooth planning for the April 2018 Commonwealth Heads of Government meeting in
London and to raise the tales of the terrible impact Home Office policies were having on local people’s
lives, and the climate of fear that surrounded distraught hundreds of individuals and families. This
pressure led to ta a change of Home Sectary, with the new Home Secretary, Sajid Javid, acknowledging
that his own family could have suffered under this policy. It also led to the creation of a post of an
Independent Adviser to the Windrush Compensation Scheme, Mr Martin Forde, QC, or Caribbean roots.
There has been no let up in the calls from NGOs on the new home secretary to adopt wide-ranging
measures to prevent another Windrush-style fiasco and reverse ‘inhumane and arbitrary’ policies.

Many of the leaders of those NGO who have been at the forefront of bringing this issue to the fore were
present at a special celebration to mark Windrush held at the Speakers House in Parliament, and of
course at the service of commemoration and celebration. The service recognised that the story of
settlement included elements of racism and rejection which the recent Windrushers story exemplified
and these elements were certainly depicted on the special processional cope that was designed and
prepared for the service.
Bishop Joel Edward’s sermon on the day spoke again and again to the God who loves and liberates, the
God who sustains and supports and empowers and also heals over division such as that faced by the
migrants as they settled into the UK. He underscored Jeremiah’s advice (Jer 29:4-11) – settle down,
marry, have children, pray for the city’s welfare, for in its welfare lies your own. That sound advice is
the way in which organisations such as WIFFA have worked in this country. Enabling people of
Caribbean descent and their families to come together to find ways to support and enable social
cohesion and to engage in acts off loving service to the community around them.

At a tea party held after the service, the Prime Minister proclaimed that June 22nd would be annually
acknowledged and celebrated as Windrush Day, and that there would be money set aside for educational
purposes in support of the day. I hope and pray that WIFFA will apply for such funds, to keep doing
what they do best, engaging, and enabling and supporting people of Caribbean descent to be true
guardians of their heritage.